Finished off some AW Miniatures figures for my first go at Ronin this week. These along with some Samurai that were painted some time ago will give me more than enough for a 250 point warband.

First up here are some unarmoured Ashigaru.

I just need to re-read the rules again, but the game mechanics looks quite good.

I popped on to Tabletop Gaming News the other day for a quick look to see what is happening in the world of toy soldiers only to find that eight out of the first ten articles are about new Kickstarters. I have dabbled in a few Kickstarters over the last few years, but I find it amazing that there is so much capacity for more and more Kickstarters.

The hunger for more and more games, especially board games, just dilutes the amount of time we as players have to actually play the same game more than a few times. I struggle as it is to find the time to play the games we already have.

I have just joined in on the Astropolis miniatures Kickstarter, but this is quite a small offering that will be delivered in about two months and I was only going for a few models.

I have long been a fan of the Lead Adventure figures, especially their steampunk range that have been featured on these pages many times. They have just successfully a small Kickstarter to get a range of Astropolis sci-fi figures into production. 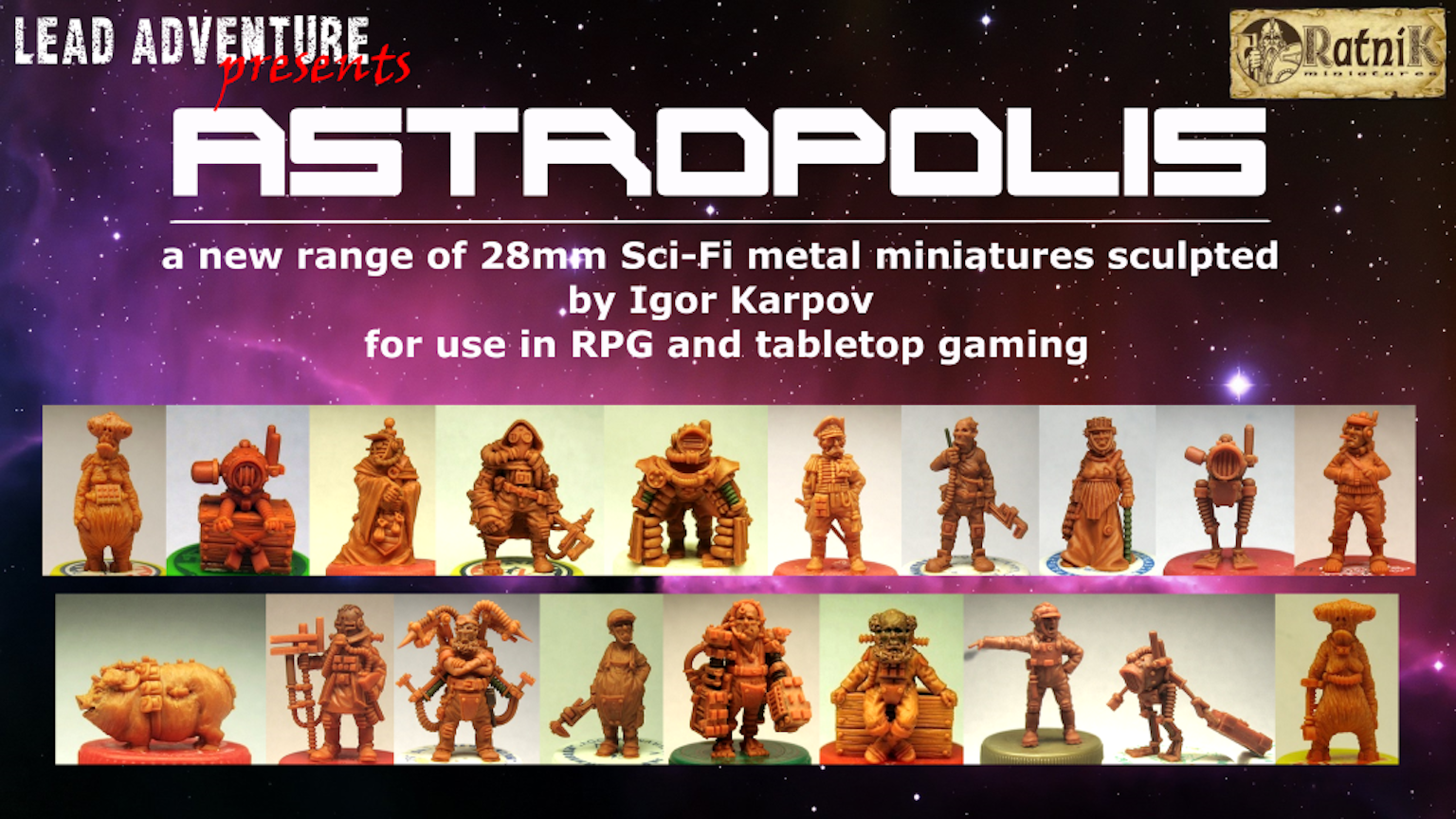 I decided to jump in and get some of the officer and engineer models that should help crew the massive aircraft carrier that is currently in construction at the local shipyard.

Much as I have lamented the long delivery schedules for some Kickstarters, the smaller companies manage to keep to a realistic timetable. These Lead Adventure models are due for delivery in December this year, that’s right, this year not next year.

I need to get a move on with these as my first game of Ronin is drawing ever closer.

They will also double up for Bushido, hence I am using my least favourite bases, but at least they will match the Bushido models.

That is two in one year, first British rider to win two races in the premier class since 1979. Rossi from 15th on the grid to second was an amazing ride, but Cal was on fire today. Marquez may have crashed out from the lead, but you have to be in it to win it.

We played a great game of Steam Wars last, we feel we have the rules pretty much nailed now. However, Joken reckons we will find a way to break them when we introduce more aircraft, zeppelins and copters…hmmm, could be right.

My British Expeditionary Force went up against Joken’s Kampfgruppe and we had both independently decided to reduce the number of elite units that we would normally pick.

We got to use some new pin markers, recently acquired from eBay. These are available in three colours, so we can use red for Pinned and the yellow and orange versions for extra effects such as Impeded or Disabled.

We had plenty of superb terrain as usual and I certainly found maneuvering the medium tanks a bit challenging, they did not make it far onto the battlefield.

Joken’s Landwher are looking really good, there seem to be thousands of them, and all making use of the plentiful cover available.

For a change, my British Treadbikes were not as efficient as usual, they were taken out quite quickly in this game. These are still some of my favourite models in the British roster and I find it difficult NOT to pick them.

This game was also the first outing for my Urban Constructs Drop Pod, a fine lump of resin. It plummeted from the heavens to deposit its passengers in the right place at the right time.

We are already planning our next game in a couple of weeks which gives us plenty of time to tweak our forces.

Warmachine is one of those games that has fallen off my radar over the years. Although I like the Khador models and bought a small force, we stopped playing quite some time ago. I still have a few boxes of unmade models in the Loft Full Of Lead which I guess I should stick on eBay.

I have already rebased some Man O’War models to use in my British Steam Wars army so I thought I should turn my attention to the larger mechs. The Destroyer has a close combat and a ranged weapon, so I am just thinking about adding an extended barrel to the cannon.

With the Marauder below, I think I could get away with cutting off the battering ram piston thingys and then stick on some guns. The two Ramshackle bits in the photo may be a bit small.

I will also remove the Khador symbol from the chassis and maybe add a hatch.

A loft full of lead
Create a free website or blog at WordPress.com.